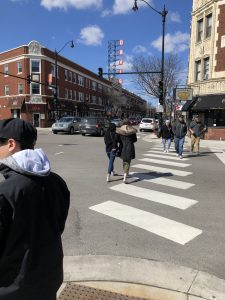 The Governors Highway Safety Association has recently reported that pedestrians killed in the United States have hit the highest level in 28 years.  Data compiled from the states show that there were 6,227 pedestrian deaths in the United States in 2018 which represents a rise of 4% over 2017 and a rise of 35% since 2008.  The Association pointed to the fact there are more distracted drivers on the road and more people walking to work as possible culprits.  Another likely reason that there are more pedestrian deaths is the fact that there are more SUV’s on the road and studies have shown that SUV/pedestrian crashes are more likely to result in the pedestrian being killed than a smaller size automobile hitting a pedestrian.

The personal injury lawyers of Zneimer & Zneimer, P.C. note that pedestrian deaths in Chicago have also been steadily rising over the last five years.  Chicago Department of Transportation reported 46 pedestrian fatalities in 2017 compared to 27 fatalities in 2013.   Attorney, Peter Zneimer believes that pedestrian safety is an issue that deserves more attention that it is currently receiving in the city of Chicago.  Police need to enforce the traffic laws that are designed help keep pedestrians safer such as traffic laws requiring drivers to stop when pedestrians are in a cross walk and traffic laws prohibiting drivers from texting while driving.