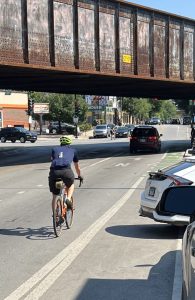 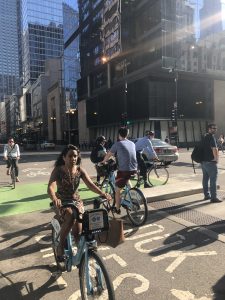 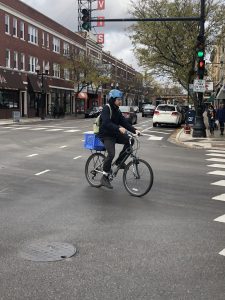 The Chicago bicycle lawyers note that by the end of this year Chicago will have added more than 125 miles of new bike lanes and paths since 2020, creating a bike system with more than 400 miles. By the end of 2024 that number is expected to rise to a total of 500 miles. As the number of new bike lane miles has increased in Chicago and has generally been seen as a positive thing for city transportation, the issue of protecting bicyclist using those bike lanes has grown with the increase of lanes. Through the years many bike advocates have voiced their concern with the safety of bicyclist and have called for more protected bike lanes.

Even as the city waits for the development and completion of concrete protected bike lanes, Chicago saw further fatalities this past summer, with at least two of those accidents involving children riding in the bike lane. A common issue in these types of accidents is when a vehicle is illegally parked in the bike lane which forces a bicyclist to have to go around the parked vehicle into a lane of traffic, thereby endangering the bicyclist.

A newly passed ordinance looks to address this problem and make it easier to enforce bike lane safety through the issuance of tickets to vehicles parked in bike lanes, increasing the fines for such tickets, increasing the number of agencies who can issue tickets, and requiring signs that warn of a closed bike lane. These measures for the time being, are a good step in the right direction, to ensure that bicyclists are safe when riding, until concrete curbed bike lanes are completed.

Still, many doubt the effectiveness of more efficient and expansive ticketing the ordinance brings since many vehicle operators have not been deterred in the past by being ticketed. What supporters of the ordinance hope will create some real change and decrease the number of parked vehicles in bike lanes is the Department of Finance’s conferment of power to Streets and Sanitation to tow any vehicle parked in a bike lane.

At Zneimer & Zneimer, P.C. we look to protect the interests of injured bicyclists. If you or someone you know has been injured in an accident, don’t hesitate to contact our law firm.