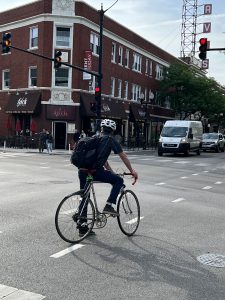 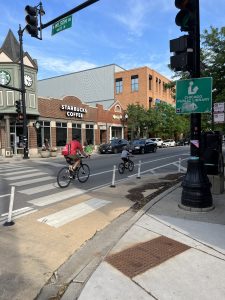 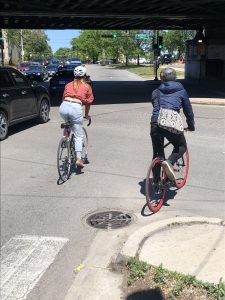 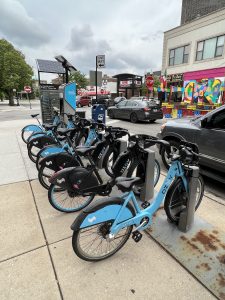 On May 18th, Chicagoans joined cyclists worldwide in the Ride of Silence to honor those who have been killed in bike crashes. In 2021 and 2022, at least eleven cyclists have been killed locally, including notable figures such as School of Rock star Kevin Clark and architect Helmut Jahn. Cycling-related deaths have been getting more attention lately, and not just because of the fame of some victims. The problem is getting worse, with a spike in deaths over the past few years. It is also increasingly being viewed as an avoidable problem, one that could be mitigated with infrastructural changes that protect cyclists.

Groups like the Active Transportation Alliance are pushing for things like protected bike lanes to be expanded so that cyclists are less vulnerable to vehicles on city streets. Specifically, they are asking for more safety measures on the busiest of cycling streets, such as Milwaukee Avenue, where accidents are more frequent. Advocates highlight the urgency of such measures by pointing to the growth in cycling and the expansion of services like Divvy bikes. More bicycles on the road means more accidents, some of them fatal, if cities do not take extra precautions.

Of course, even if our streets become more bike-friendly in the near future, nothing guarantees a safe ride. The injury lawyers at Zneimer & Zneimer, P.C., are here to help with any biking accidents. Our firm has extensive experience in such cases, including one that is currently pending before the Illinois First District Appellate Court, Jelne Babic v. The Village of Lincolnwood (1-21-0929). As demonstrated by this case,  our attorneys believe that cyclists deserve a right to recovery.