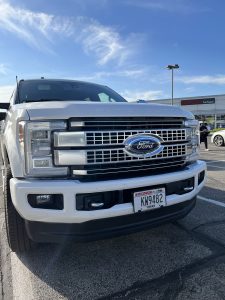 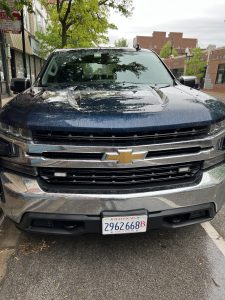 The Chicago personal injury attorneys of Zneimer & Zneimer encounter personal injury victims with serious injuries as a result of being involved in accidents against larger vehicles.  While newer vehicles are becoming safer for the people inside them, they are becoming larger, heavier, and more dangerous for the people outside that may collide with the larger vehicles.  The increase of safety for occupants inside the newer vehicles is a result of increased safety features such as warning systems, crumple zones, and airbags. Crumple zones are areas of a vehicle that are expected to deform and crumple in a collision, absorbing some of the impact’s energy and stopping it from getting transferred to the car’s occupants.  The crumple zones require room to collapse and dissipate force, warning systems require sensors, and airbags require 10 inches of clearance between storage sight and a human body. One example of this increased size is that since 2000 the weight of pickups has increased by 11% and the height by 25%.

Vehicle design is not the main cause for more large vehicles being on the roads. The shift in consumer taste towards SUVs and pickup trucks has made the streets of the US less safe for pedestrians. SUVs and pickup trucks now account for 60% of vehicle sales in the US. However, as SUVs and Trucks get taller and more common, they become more deadly for pedestrians. Traffic fatalities have declined since the 1980s, while pedestrian fatalities have increased by 50%. One out of every five vehicles sold in America is a pickup, and full-size pickups comprise a growing share of that fifth. For example, in 2021, Ford stopped selling passenger sedans, and the Mustang is the only vehicle Ford sells in the US that is not an SUV, truck, or van.

Higher vehicles are more dangerous than lower vehicles for multiple reasons. One reason is that bigger cars have more mass and therefore impact with more force than a smaller vehicle going the same speed. Another reason is that the direct impact is on the upper bodies of pedestrians. SUVs and pickups are more likely to have squared-off hoods than passenger cars. The vulnerability of pedestrians when struck by an SUV is a geometry problem. SUVs and pickups tend to be tall compared with pedestrians and have a blunter front end. That positioning is more likely to put someone’s head or chest in line to be struck during the initial impact. The sloped angles of passenger cars allow pedestrians to fall on top of the vehicle. High and squared fronts throw pedestrians to the ground, directly into the vehicle’s path, causing them to be run over.

With huge modern vehicles, negligent driving can have deadly consequences.  If you have been struck by a vehicle and have suffered injuries,  you may be entitled to compensation.  Our personal injury attorneys are available to help you.