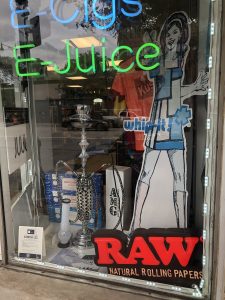 An 18-year-old from Gurnee, Illinois has filed a lawsuit against JUUL Labs in the wake of his hospitalization caused by use of the e-cigarettes.

Chicago personal injury lawyer, Peter Zneimer notes that this suit comes after weeks of media reports of hospitalizations of hundreds across the United States due to “mysterious” respiratory conditions, some of which turned fatal. As of today, there have been at least 6 deaths attributed to the deadly conditions.

The first victim of this epidemic died in Illinois, the CDC reported on Aug. 23. In the last month alone, the number of hospitalizations skyrocketed across the United States, with 380 cases now confirmed across 36 states. 52 of those cases have been confirmed in Illinois. (CDC)

END_OF_DOCUMENT_TOKEN_TO_BE_REPLACED

The Chicago firm of Zneimer & Zneimer PC is prosecuting cases involving exposure to ethylene oxide, the poisonous gas released by Willowbrook-based company Sterigenics.  The Illinois EPA recently sealed Sterigenics-operated facilities because it detected high level of ethylene oxide, a carcinogen that is connected with breast cancer, leukemia, lymphoma and a score of other cancers, that the facilities be sealed.

The two buildings operated by Sterigenics are located at 7775 South Quincy Street and the other at 830 Midway Street.  Sterigenics conducted sterilization operations, using ethylene oxide, which Sterigenics released into the atmosphere.  Since 1990 the US EPA has listed ethylene oxide as a hazardous air pollutant as defined in Section 112(b)(l) of the Clean Air Act, 42 U.S.C. 7412(b)(1), and considers ethylene oxide as carcinogenic to humans, causing increased incidence o f mortality of breast and lymphohematopoietic system cancers observed in workers who were exposed ethylene oxide.

According to the CDC, exposer to 2.1 micrograms of ethylene oxide can cause cancer in six out of every one thousand people exposed to the chemical.  The detected concentration in Willobrook was 14.2 micrograms, which is toxic concentration.  The Illinois EPA ordered the Willowbrook facility to shut down due to the unacceptably high toxic concentrations.  According to the government agencies, EPA and CDC, there is enough evidence to establish a causal relationship between ethylene oxide exposure and breast cancer in women.  Ethylene oxide causes cancer by damaging DNA in cell, and the damaged DNA then duplicates when the cells divide.  Exposure to the chemical increases the cancer risk because DNA damage may take place with each exposure which is then passed as cells divide, increasing the number of damaged mutating cells.  END_OF_DOCUMENT_TOKEN_TO_BE_REPLACED