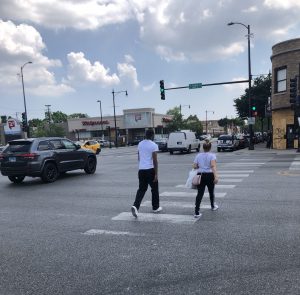 Even as the city of Chicago has taken a multitude of steps to ensure the safety of non-vehicle participants on its streets such as cyclists and pedestrians, the city still sees a great deal of pedestrian deaths. Vision Zero has improved on a great number of aspects to Chicago’s walking culture but this year alone, but pedestrian fatalities went down from 41 in 2018 to 40 in 2019. Now after being cooped up for three months during the height of the pandemic in Chicago, individuals are out and about biking and walking. It is still too early to say whether this increase in individual behavioral patterns especially during a much-cherished season will dramatically affect the statistics. The personal injury lawyers of Zneimer & Zneimer P.C.  a compelling reason for the government and communities to invest in Vision Zero to reduce injuries and deaths.

The usual suspects related to pedestrian deaths are the popularity of SUV’s (70 percent of the 35 pedestrians who were killed in traffic were hit by the driver of an SUV or a large vehicle) distracted driving, speeding and driving while intoxicated. Personal injury attorneys at Zneimer & Zneimer P.C., foresee a rise in pedestrian deaths this year with more “angry driving” taking place due to the unfortunate repercussions of the pandemic such as unemployment, as well as the fact that the nation is embroiled in deep political turmoil. A newer suspect, the legalization of cannabis, and subsequent irresponsible usage might also negatively affect vulnerable pedestrians on Chicago streets.

These causes named above are to be clear, nothing new. Although the ambitious Vision Zero has improved on many things such as building more sidewalks or the addition of medians or pedestrian islands in high-crash corridors and busy highways, there is still a great deal of work left to so Chicago can aspire and get to zero pedestrian deaths.