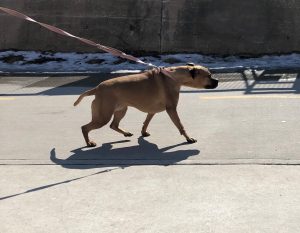 Dogs are man’s best friend, but even friends make mistakes. Dog owners understand that dogs need to be trained and restrained in order to keep themselves and the public safe. However, sometimes animal instincts kick in and accidents happen. In February, a man from Plainfield, Illinois died from dog bites following an unprovoked attack by his family’s pit bull. (https://chicago.suntimes.com/news/2020/2/11/21133286/devin-white-dies-plainfield-pit-bull-attack-judith). Three other people were treated for minor injuries and, after police officers failed to get the dog under control, the dog was put down.

Under Illinois law, “If a dog or other animal, without provocation, attacks, attempts to attack, or injures any person who is peaceably conducting himself or herself in any place where he or she may lawfully be, the owner of such dog or other animal is liable in civil damages to such person for the full amount of the injury proximately caused thereby.” (510 ILCS 5/16). In other words, for a person to successfully recover from a dog bite, she must prove that:

1) the dog attacked, attempted to attack, or otherwise injured the victim;

2) the victim had a lawful right to be in the place where the incident occurred;

3) the victim did not provoke the dog; and

4) the party at fault owned or took care of the dog.

Victims of dog and other animal bites know how traumatic these incidents can be. The emotional scars that result from dog bites can last longer than the physical scars. A person who previously loved meeting new furry friends may now be hesitant to reach out to pet a dog out of fear of another unprovoked bite. Not all dogs are dangerous with the instinct to attack people, but that doesn’t mean accidents don’t happen. The lawyers of Zneimer & Zneimer P.C.  can provide the expertise necessary to evaluate dog bite injuries and explain victims’ legal rights. We can assess the potential value of recovery of a dog bite lawsuit during a free personal injury consultation.